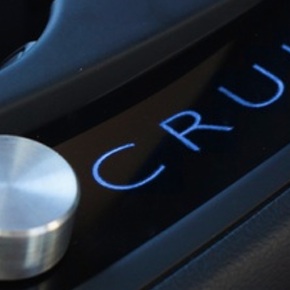 The Beginning: One is the Loneliest Number

Spend any time on HackerNews and you’ll hear one piece of advice repeated ad nauseam : “Find a great co-founder”.

For Kyle Vogt, this was a no-brainer. Kyle has had great success following this advice in the past (he’s the former co-founder of Justin.TV and Twitch.tv). There was just one problem; He couldn’t find one for his new startup, Cruise.

What does Cruise do? Cruise will take control of your steering, braking, and acceleration to keep you in your lane and a safe distance from the car in front of you. It will automatically slow down for traffic, even to a complete stop if needed, and will accelerate once the traffic clears.

“I talked with a lot of friends and people with domain knowledge that would be great potential co-founders, but things always broke down. Sometimes the timing just wasn’t right, or they weren’t able to commit 100% right away.”

It was the perfect storm of inconvenience.

“I ultimately decided the opportunity cost of waiting for the perfect co-founder was too great a cost, so I just got started myself.”

“Nothing but a pile of parts and a 5 minute pitch”

The second month, Kyle committed to solving two problems. Raising money and fleshing the product out.

“When I went to investors, I had nothing but a pile of parts and a 5 minute pitch”.

Editors Note: One thing that Kyle also brought was his reputation which certainly helped fill any holes in his deck.

Kyle was able to raise his target round quickly (roughly two weeks) which let him focus on the product and putting a team in place. Two weeks after that, he had his core team built and “the pile of parts” began to take shape.

After assembling the team, Cruise joined YCombinator. I thought it was a little strange that a YC Alumn with two successful startups under his belt would join YC again so I asked him his thought process.

“It was a little strange for me too. When I first started Cruise, I didn’t think I would do YC again. I was showing Justin Kan and Tikhon Bernstam (the Founder of Parse) what I was working on and they highlighted 3 big benefits of doing YC.

First, even if you don’t feel you personally need the mentorship (having gone through it previously), it’s still great motivation for the team. It helps get everyone on the same page and there is a little competition (ex: Who can grow the most in a week, etc.) between companies that helps build comradery.

The second thing is that it helps immensely with connections inside the current YC batch.

The last thing is Demo Day. For us, that alone was worth the cost of YC. Demo Day is the best place for a startup to be. You have most of the top-tier investors in the same room, at the same time, and they’re all watching your startup present.”

“Our entire team was focused on Demo Day. It was an external deadline that we had to meet together. We were in sprint mode.”

I asked Kyle for a specific example (besides being more intense) of how Cruise operated differently when they were in “sprint mode” and he told me this story:

“One of our testing cars had an issue with it’s motor on Thursday and we needed to run tests on in during the weekend. We called around and nobody had the part we needed in stock. They said our only option was to wait until the next week when they could have the part shipped.

With Demo Day coming up we knew that we couldn’t afford to lose a weekend of testing.

We had to get the part no matter what. We called every shop we could find and eventually found somebody that had it 3 hours away. We sent a courier service (so the team could keep working) to go pick it up and ride back with the part in the trunk.

Under normal circumstances, we would have just waited until the following week. When your whole team is in sprint mode facing external deadlines, you have to deliver.”

Another anecdote – We broke the entire steering rack on our only prototype car 2 weeks before demo day (long story). It was going to take 3 weeks just to get a replacement part shipped from Germany, and it wasn’t available at any warehouse in the US or anywhere in Europe. So we just found the exact same car online and leased it – got it to our garage in about 2 hours and spent the next 36 hours swapping our equipment into it.

“Working hard on a tight deadline is contagious”, Kyle said before quickly adding, “If done in moderation.”

After the team presented at Demo Day, everyone took a week vacation.

Do You Have Any Advice for Solo Founders?

“There are two things I think are really important to have when you’re going solo: mentors (for when you get stuck, since you don’t have cofounders) and an anchor like a significant other, family members, or very understanding friends (to help you deal with the emotional ups and downs).”