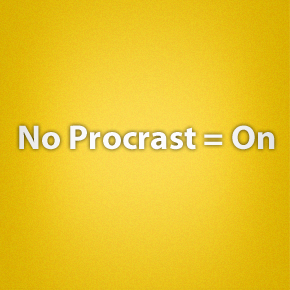 Over the last few weeks I’ve noticed a disturbing trend in startups that I’ve been covering: menial work. Put another way, procrastination by being focused on things that don’t matter. I’ve identified several ways I’ve seen it manifest in startups. I’ve also discovered why it’s such a common problem for startups.

Here are the two most frequent forms of menial work I’ve seen in recent weeks:

Every startup likes to think that on day one they’ll be mentioned in TechCrunch, and the onslaught of high volume traffic and subsequent millions of users will bring their server to its knees. I’ve heard of startups that delay launching for a month or two to pre-optimize everything. Sure, it’s important to have a server that won’t fall over, but it is far more important that people want your service (which you won’t know for sure until you launch).

The most common reason I’ve discovered is…

2. It’s easier to answer to your code than your customers

Talking to your customers can be scary. The technical founders (that inspired this article) love to hack away at their codebase but hated talking to their customers. “That’s a job for my (nontechnical) cofounder” he said. He then spent a week developing a feature that their customers didn’t want and never used.

Solution: Realize your customers don’t care about your code (assuming it works and is secure).

Menial work feels really good. It feels like you’re making huge strides forward but all you’re really doing is procrastinating. Don’t fall into this trap. Answer to your customers. 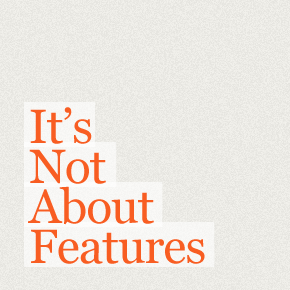 Recently, I’ve been asked to give a talk to new and/or aspiring entrepreneurs.
The truth is, I almost resent talking to them, as I hate being the bearer of bad news.
And boy, there are many. I usually start with: “It’s going to be harder than you think, it will take longer than you think, you will lose health, friends and money in the process, and you probably won’t succeed in the end.”

But there is a good news. Especially valuable in the startup community, but not only.
This good news makes the conversation worth having, because so few people are aware of it:
You don’t need to have more features than your competitors to successfully launch your product.

Steve Ballmer, January 2007, on the newly announced iPhone: “You can get a Motorolla Q phone now, for $99; it is a very capable machine, it will do music, it will do internet, it will do email, it will do instant messaging. So I kinda look at that and I say, I like our strategy, I like it a lot.”

Ballmer obviously failed to understand that users actually do care about the way they use their device, not just that it “does it”.

Yes, you couldn’t install apps on the original iPhone (can you believe it?). Yes, you couldn’t use the 3G network. And there was no camera. And on top of that, it was crazy expensive.
So why did it prevail? Where was Ballmer wrong?

He just made the common mistake of many entrepreneurs, upcoming and experienced alike: Users actually do care about the way they use their device, not just that it “does it”.
The iPhone then went on to become the gold standard in the smartphone industry.

Three years later, difference device, same story.
Remember how the iPad was decried for being pricey, while having way less features than its competitors? No USB ports, no camera, no multitasking, no Flash…
Phil Schiller (Senior VP of Worldwide product marketing at Apple) dismissed these criticisms in a very simple way:  “It’s not about the features — it’s about the experience. You just have to try it to see what I mean.” (source).

Not just for big companies

This approach works especially well for young startups, and you still don’t have to be first. Just more focused than your competitors.

Being focused on the core of your product is a big part of the “Lean Startup” methodology.
You can watch the case studies of startups like Dropbox or IMVU here.

Conclusion – “Just do it”

There is still room for innovation everywhere. It will always be hard, but never impossible.
Always remember, to not just work harder, work smarter.

This is a guest post written by Christophe Maximin (@christophe971 creator of 72hDeals.com) 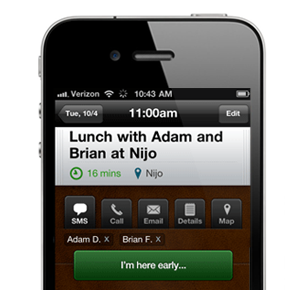 TouchBase Calendar launched earlier this week to much fanfare. TouchBase Calendar hit the front page of HackerNews, jumped to the 18th spot in productivity on the App Store, and is receiving great reviews. I had the privilege of catching up with the cofounder of TouchBase, Tony Wright (A YC Alumn) to talk about what he’s learned from launching his app. In this TSF interview Tony talks about marketing tricks he used to create a successful launch, an inside look at his startup, and (with the benefit of hindsight) things he would have done differently.

Don’t miss this interview and make sure you checkout TouchBase.

0:30 – Quick Overview of TouchBase Calendar
1:20 – Where the idea came from (and challenges with finding a co-founder)
3:38 – Working in exotic locations – How Tony took advantage of Startup Workaway
5:45 – Start of Marketing section
5:50 – Why traditional (web) MVPs don’t work for mobile apps.
7:05 – The challenge of pushing out fixes to App Stores
8:40 – “Shooting a balloon out of a canon.” Tricks to use to get noticed. How to leverage Apple’s ranking of paid apps.
8:50 – Low price high volume apps are preferred on the App Store (for Apple’s ranking purposes).
10:30- Ways of buying traffic.
16:25- What’s next for TouchBase Calendar

• Launching on an App Store is very different than launching a Web App.
• Your MVP needs to be of a higher caliber for App Store launches.
• The tendency of your ranking will be like a “balloon shot out of a canon”.
• Your rankings will naturally decrease to promote “fresher” apps. You need to juice your ranking.
• Don’t get stuck working some place boring. 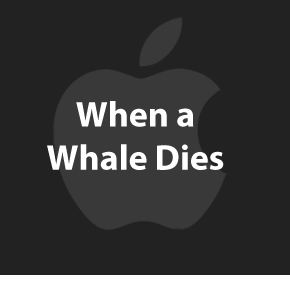 I’ve always found whales to be really endearing. In elementary school, my teacher told me that whales were among our closest animal brethren in the seas. They also live for about 50-75 years, and, according to Wikipedia, can teach, learn, cooperate, scheme, and even grieve.

Those majestic creatures swim through the ocean, from place to place. The other oceanic animals I’m sure are aware of whales, but unless they’re plankton being eaten by whales, I doubt they pay much attention.

That is, until they die.

You see, whale death, also called a “whale fall,” is a pretty magical event. After the whale dies, often times they sink… deep to the ocean floor.

Curious scavengers can smell the decomposing whale from afar, and make the trip to come pick it apart.

After the scavengers leave though, all that’s left is a skeleton of this once magnificent beast.

Eventually, a “fugitive species” of  little worm-like creatures find the skeleton, and start a thriving ecosystem based on the skeleton. In fact, 30 species of tubeworm have only been found present at whale falls. Their entire life and prosparity seems to depend on the whale skeleton.

According to RadioLab from where I first heard about whale falls, the ecosystem continues on for another 50-75 years; another full lifetime of life based on what the whale left around.

Steve was a whale. His skeleton? The bicycle of the mind. 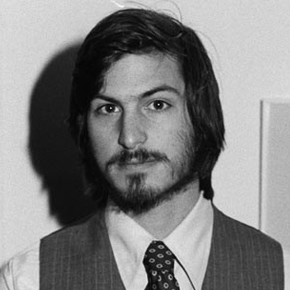 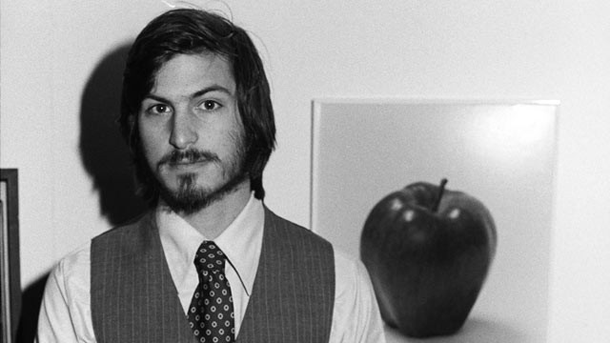 When I heard the news that Steve passed away it felt like unfortunate, expected news. The writing was on the wall when Steve resigned on August 24, 2011. Steve simply would not leave Apple unless he had no other option. Sad, but ultimately expected news.

What I wasn’t expecting is how much I’ve been personally affected. I’m not an emotional person. I knew that I’d be sad but I wasn’t prepared at how profoundly Steve’s early exit would challenge me. Steve made Apple in his own image, and then he didn’t stop. Go build something bigger than yourself.

I from the bottom of my heart, thank you Steve. You’re a huge reason why I became an entrepreneur.

Read John Gruber’s Universe Dented, Grass Underfoot (This is the article I wish I would have written).

Steve Jobs Presents to the Cupertino City Council (6/7/11) – Thanks TSF reader Marcin for the link.